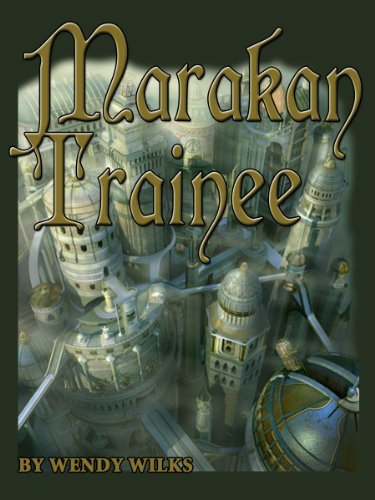 Enjoy the first E-guided E-bike Tour in Shop Tickets And Tours. Shop Now. Shore Excursions. Reviews Write a review. Filter reviews. Traveller rating. Excellent Very good Average Poor Terrible 4. Traveller type. Time of year. Language All languages. All languages. Welcome back to another episode fished out of The Football Ramble archives! This time around: the torrid tales of Gigi Becali reach a dramatic end, Sven putting his name forward for every single management job and a Breakfast XI. Oh, and a Geordie punched a horse… Many thanks to infamous YouTuber Linford Grimes for their inspiration and help in compiling old content.

This time around, there is a truly fantastic array of jewels from the Ramble crown. We check in with Gigi Becali for the first time this series, hear of Jonathan Woodgate nutting a glass bottle in Ibiza and get our teeth into a Dog XI. All that plus Euro predictions, Bob Hippy and loads more!

Bobby dazzler! Michael Cox. In the latest episode of Ramble Meets Luke chats to author, journalist and expert in football tactics Michael Cox. In this exclusive interview Michael talks about his journey into covering football first as a blogger and then as a journalist and broadcaster for some of the biggest outlets in sport, before writing and publishing his debut book on the history of Premier League tactics, The Mixer, in Tactical trends, legacies left by managers and the future of the game are subjects all covered in this enlightening and interesting chat with one of the most interesting thinkers in football media.

Michael's second book, a tactical history of European football from to the present, entitled Zonal Marking, is available now. Good day! We join them in Midlife Crisis Corner on MNF to see if they can work their way around the interactive screen and discern if penalties are now easier.

The first of many, we assume. The rumours are true! Ever wondered what Yang Changpeng is up to? Or how Peter Beagrie ended up putting a motorbike through a plate glass window? Or what happens when a teacher plays the Ramble to their Scottish classroom? Well here are your answers. Danny Kelly. Put simply, Danny Kelly is a broadcasting legend. In this latest episode of Ramble Meets, expect hilarious stories and tangents aplenty as Danny talks to Luke about how he fell in love with football in the first place, his most memorable moments in several decades covering the game, and what he thinks of the current state of the world's most popular sport.

This episode of Ramble Meets was recorded on Friday 26th April Another glorious summer for England as the men win a high pressure penalty shootout and the women get one over on Scotland. Portugal are the deserved winners of the inaugural UEFA Nations League and the whole thing turned out to be a lot of fun. As well as casting our eyes over all this we chat dings and dongs, look at the predictions we made at the start of the season and give the final word to our beloved Newcastle United.

This show is sponsored by bet Andy Brassell.

Here, in the latest episode of Ramble Meets, he talks in-depth to Luke about his career path so far, including his journey into football punditry and how much he owes to Tim Vickery, what it's like being on friendly terms with Cristiano Ronaldo, and the most scared he's been when covering a game. Liverpool end their incredible season with the biggest prize of them all after a game that may not have been a classic, but still managed to provide a lot of memorable moments.

We have a good look ahead to that, have the pleasure of a new Louis Van Gaal interview, clear up some birthday based confusion and generally have a lovely old time. What a magical night in Baku! Empty seats! An atmosphere! Of sorts! After picking over this we take the time to congratulate Aston Villa on their promotion, rejoice at the prospect of a second season of Marcelo Bielsa and wonder if there could be a place for Alan Pardew to pick up where he left off in the sheikh-based Newcastle United revolution.

Jonathan Wilson. Books about football tactics, Brian Clough, and Argentinian football have followed, and this year Jonathan's tenth work, The Barcelona Legacy, hit the shelves. In this revealing interview, Jonathan talks candidly about his career, his upbringing in the north east, and explains why Louis van Gaal will always be a terrifying man.

Our favourite European football cities, with Villa Plus. From the exotic beauty of Barcelona and the romantic magic of Naples, to the cultural hotbed of Berlin and the monumental powerhouses of Madrid, we take a stroll through the very best of continental football. Villa Plus are always adding extra.

Their handpicked award winning villas all come with private, heated pools, pool tables, table tennis, air-con, WiFi— everything you need for your holiday, taken care of. Some summer holidays still available, so head to villaplus. Sheikh bake: Play-off drama, a Man United nostalgia-fest and a potential takeover at Newcastle. Could Mike Ashley finally be about to sell Newcastle United? Max Rushden. We also hear about his record-breaking 6 day long radio show, the time he met Andy Gray and Richard Keys, and why he enjoys having fun with his Twitter trolls.

The show was recorded on 5th April Leeds, oh, Leeds. When will their nightmare end? Not yet, apparently. Laura Woods. Here, in this exclusive interview, she tells Luke about her path into broadcasting from making her own 'radio shows' on her stereo at home as a kid to co-hosting national shows on talkSPORT, how she deals with criticism from both colleagues and internet trolls, and what it's like to work in an industry that is still very much a man's world. There was to be no twist at the weekend and Man City retain the title, while Liverpool finish second with a points haul that would have seen them as champions in any season but this or last.

And now for some goodbyes. Goodbye to Neil Warnock, gone from the Premier League, never to return, goodbye to Chris Hughton, who did just enough to keep Brighton up, and goodbye to Yaya Toure… we think. Our ruddy, giddy auntie Nora Bennett! What a week in the Champions League, with turnarounds, late goals, quick thinking ball boys, crying managers and more drama than we realistically have time to explore.

Can Liverpool dispatch Wolves just in case they can? Can Watford and West Ham overshadow it all in the battle for 10th. Tom Jones. Tom Jones is one of the world's premier architects, and served as Lead Architect on behalf of Populous, the design firm responsible for the new Tottenham Hotspur Stadium as well as Arsenal's Emirates Stadium and the Olympic Stadium purpose built for the London Olympics in and currently occupied by West Ham.

In this exclusive interview, Tom chats to Luke about how it felt to be present at the London Olympics opening ceremony inside the stadium he helped build, what it takes to build a sporting arena on such a scale, how important stadia are to football teams and why, and what the future of top level stadium development looks like. The Premier League also says goodbye to Neil Warnock and his fancy new stance, various play-offs take shape and we speculate on the behind-closed-doors character of Delia Smith.

Standard procedure, really. Sam Matterface. In this latest episode of Ramble Meets In addition to that, he tells us what he's looking for in a co-commentator, what the inside of his commentary box looks like, and why he will never again describe a shot on goal as 'fifty two parts water, one part orange squash'. We drag ourselves out of the sick bay despite our various ailments - stomach upsets, bronchitis, Townsenditis - to look over a fascinating weekend of football in which Leeds and Marcelo Bielsa took centre stage.

Hello and a very warm welcome to this, the latest instalment of The Football Ramble. The boys sans Jim, sadly laid low with illness cast their beady eyes over all the midweek action and then, as is the custom, look ahead to all the most exciting games in the Premier League this weekend.

There's also plenty of time for all your favourites, too - Pete having a rant about Mike Ashley, Going for Glold, a best bet and lots, lots more. Don't sleep on it!

Other Education and Training

To email us, hit up: show thefootballramble. James Horncastle. James Horncastle is a writer, broadcaster and pundit specialising in Italian football. In his own passionate style, James also speaks eloquently on the future of European football, how mastering the Italian language helped him get ahead, and what advice he would give to aspiring journalists looking to find their way in the game.

Right, it's Easter Monday, but football waits for no-one and so we're back in the studio ruminating on what's been happening on this, the holiest of weekends. Obviously Man City and Liverpool both won, the latter partly thanks to Sean Morrison's back, but don't forget, Everton also dished out a hiding. Mr Solskjaer is obviously absolutely fuming about it. Elsewhere Pete tries to defend his dreadful opinion of Ayoze Perez after he netted a hat-trick against Southampton, Shokdran Mustafi does his usual, and George Weah has to deal with a worrying infestation To get in touch, it's: show thefootballramble.

It could only be him. We keep the series rolling with a most decorated egg. Vialli starred for teams like Juvhentus and Shellsea, becoming player manager at the batter when Ruud Gullit got the egg-sac. The Scotch egg himself! Free kicks were his eggy bread and butter, his passing ostretched defences and his volleys left goalkeepers pickled.

Perhaps the sweetest moment of the season occurred when local lad Smith scored on his debut against Liverpool, his classy finish coming at the end of a breakneck counter-attack that was becoming a hallmark trait of the new Leeds. The adventure was only just beginning, though, as the next couple of years would see the Whites fans come genuinely close to glory. Some magazines are meant to be kept. Impressive as the campaign was, it proved to be a mere dress rehearsal for greater adventures the following year.

Although the club was now on shaky foundations behind the scenes, there was an abundance of breath-taking moments that occurred on the pitch. Many of them were provided by striker Mark Viduka. His full-throttle style and untampered passion created the feel of a genuine fan on the pitch, and served to add an extra layer of meaning to his key goals on those magical European nights.


The only problem was that the club finished fourth in the league, one point behind Liverpool, meaning they would miss out on the Champions League and its revenue the following year. This proved to be far more disastrous than anyone could have imagined. It was even more absurd to think that by the end of the decade the club would be playing in the third tier of English football, with finances so dire that the very existence of the club was in serious jeopardy. Despite missing out of the financial goldmine that is the Champions league, Ridsdale continued throwing money around like it was going out of fashion.

A promising start to the campaign was derailed following a lengthy court case involving Bowyer and Woodgate as the club finished fifth, once again missing out.

This second successive failure proved to be catastrophic. Venables was sacked in March and Peter Reid was given the task of keeping the crisis ridden club in the division.